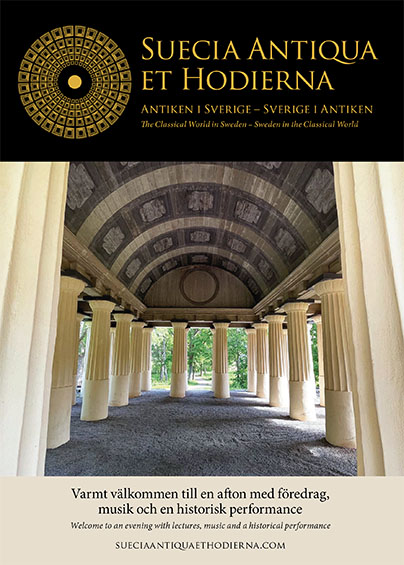 Myths, temples, statues, philosophers and poets… The classical world never ceases to fascinate us. Through the centuries the classical heritage has inspired us to weave new myths and build new temples. How has the interpretation of the ancient culture varied through time, and how do we perceive it today?

For two years this idea has been the core of an artistic and academic crossover project about the impact of classical antiquity in Sweden, and how Swedes have been attracted to the ancient Mediterranean world. With a reference to Suecia Antiqua et Hodierna, Erik Dahlbergh’s baroque magnum opus, we have gathered well-known and less well-known classical vestiges in Sweden and abroad. The project has been a collaboration between artists in music and film together with researchers at the Swedish Institutes at Athens and in Rome, Nationalmuseum and scholars of Classical studies at the universities of Uppsala, Lund, Stockholm and Gothenburg. Now we embark on a long tour, from Östersund in the North to Athens in the South, with a program filled with short lectures and a new performance, a historical fantasy with songs,music, film and recitation, The Academy of Dreamers.

Program for the events