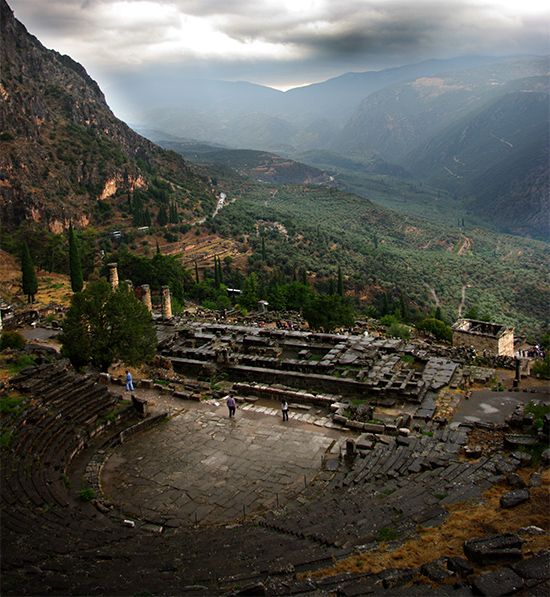 Water is essential for the formation of human societies and sites, modern as well as ancient. This is true not the least in the warm and dry climate of the Mediterranean summer. Ancient Greek sanctuaries were no exception to this. In fact, it can be argued that water was more important at sanctuaries than most other sites, as it was necessary not only for survival and utilitarian needs, but also for ritual purposes. Water usage included for example drinking, bathing, cooking and cleaning, beside ritual purification and the washing of cult images. Despite this dual need, within the framework of the study of ancient Greek sanctuaries water has almost exclusively been viewed as serving ritual purposes. Consequently, and due to its critical function for survival and ritual activities at Greek sanctuaries, there is a need to document and analyse how water was supplied, used and understood in these settings.

In order to reach a fuller understanding of the functions of water at sanctuaries, our project encompasses three interconnected studies.

Since early scholarship, ancient Greek water installations in sanctuaries have been interpreted in terms of ritual needs. Ritual purification has commonly been suggested, although other ritual uses such as for washing sacred images, as a curative agent, and in connection to oracles also existed. With the help of extensive databases on textual testimonia and archaeological evidence of water availability (e.g. wells, fountains, perirrhanteria etc) our project, however, analyses the details of both ritual and utilitarian water usage.

Examples such as water used in purifications, but also bathing, cooking, cleaning and watering animals belonging to the sanctuary raise the question of how the uses of water intermingled. Was the water for ritual and utilitarian use drawn from the same sources, made available from the same installations or waterworks at the sanctuary? From the above mentioned examples of ritual and utilitarian water usage at Greek sanctuaries, we may conclude that the subject is vast, still mostly unexplored, and that a study of water in Greek sanctuaries as a commodity may help us understand sanctuaries not only as a religious entity, but also administrative, legal, and above all, social phenomena.

PHYSICALITY AND SPATIALITY OF WATER

Once the various uses of water at sanctuaries have been explored through literature and epigraphy, the project will turn towards where water resources existed in and around sanctuaries, as well as how this affected the activities at these places. Due to the large number of excavated sites, it is not possible to perform a comprehensive study of the water management at all Greek sanctuaries. Consequently, this study focuses on fully exploring the water management at five representative sanctuaries, while also using evidence from other sanctuaries as comparative material in the interpretative process. The data will be integrated into a Geographical Information System (GIS), which can be used as an analytical tool and database for the development of water features at each sanctuary. The sanctuaries to be studied comprehensively are 1. The Asklepieion at Messene, 2. The sanctuary of Demeter and Kore at Corinth, 3. The sanctuary of Apollo and Athena at Argos, 4. The Argive Heraion and 5. The sanctuary of Poseidon at Isthmia.

We hope to be able to show that a closer look at water availability and structures, can produce an image of the sanctuary as a micro-community, with water sources serving ritual and utilitarian needs both inside and outside of the temenos. By integrating the full coverage of the literary and epigraphical evidence on water usage with a thorough investigation of the archaeological evidence from a selection of sanctuaries, we hope to provide a comprehensive understanding of all aspects connected to water at these sanctuaries.

‘“WHETHER SACRED OR SECULAR”: WATER AND THE SHAPING OF ACTIVITY

The third part of our project turns from the empirical, practical, aspects of water usage in Greek sanctuaries in order to focus on ideas, thoughts, and unspoken practices of ancient water use at sanctuaries. This incorporates a number of questions central for our understanding of these sites. What did it mean that a water source was sacred? Did it simply belong to the god or was it sacred by its own right in the sense of a xoanon? And what about water? Was the water produced, by say a sacred spring, also sacred? Could sacred water be produced from non-sacred sources? Or was water used for ritual purification sacred per default? Was the status as sacred or not irrelevant for water?

Overall, the material testifies to heterogeneous practices in regard to use and status of water and water sources in connection to Greek sanctuaries. A good and clean water source at a sanctuary might in fact be used both for drinking, watering animals, as well as for ritual purposes. In other words, even though we will argue that, on a cognitive level, the quality of the water did matter in ritual, a source sacred to the god need not have been limited to ritual use. The mapping out of existing water sources at a sanctuary and their spatial relationship to ritual activity zones and utilitarian ones will no doubt shed further light on cognitive dimensions of water usage at Greek sanctuaries. Our investigation will therefore illuminate the interplay between practicalities and the shaping of ritual at Greek sanctuaries.