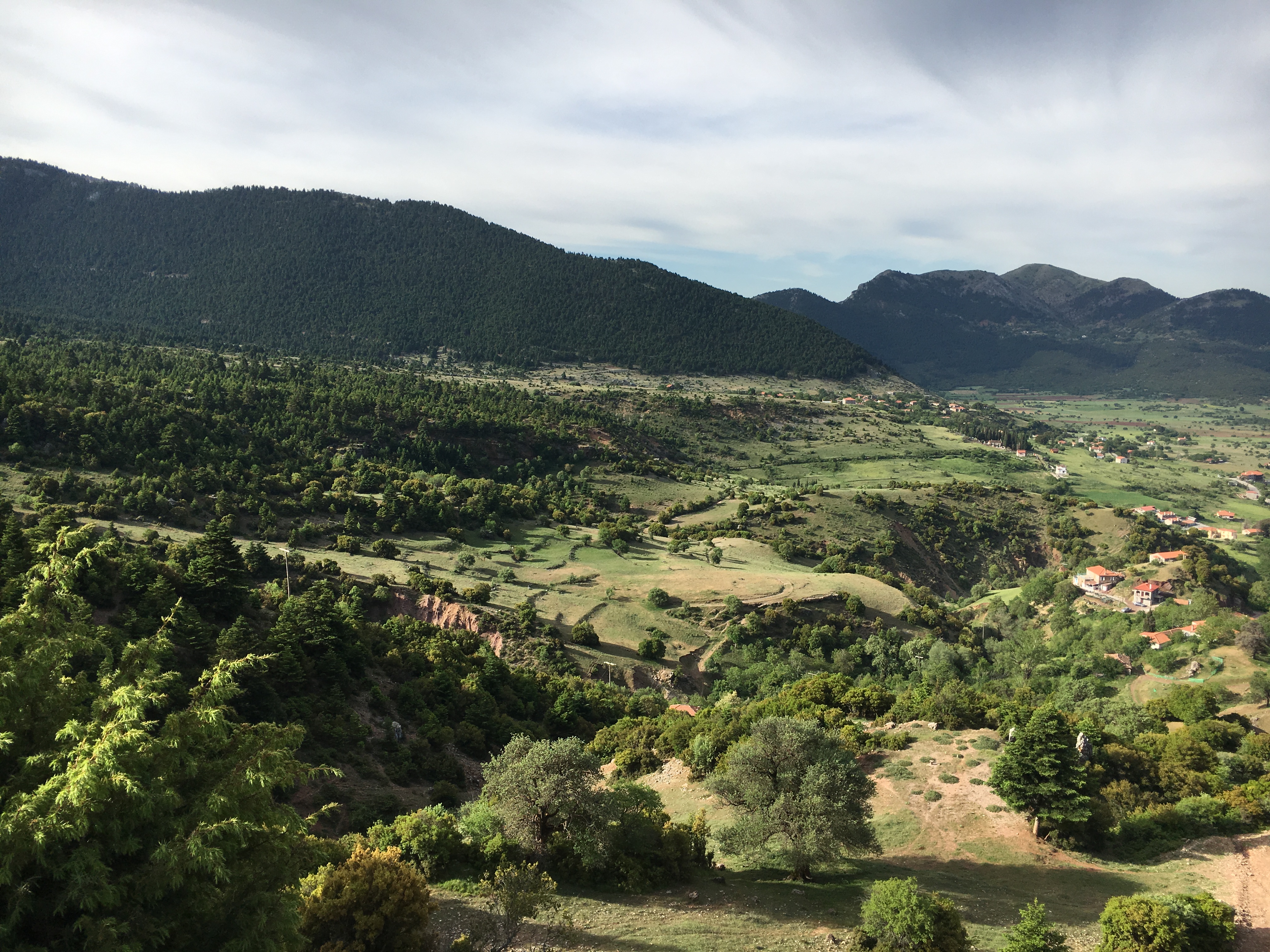 The project Domesticated Landscapes of the Peloponnese (DoLP) integrated archaeological, historical, environmental and climatological perspectives in a comparative study of the variegated landscapes of the Peloponnesian peninsula (Greece) from the Neolithic to the Roman era. The project involved comparative and contrasting use of archaeology and historical records on the side of the humanities, and climatological and environmental data on the side of the natural sciences. As such the project spanned a number of traditionally separate research areas and university subjects.

DoLP annual reports lists the activities for each of the project years.

The study of Peloponnesian landscapes has a long history and the cultural developments within these environments are well known and have been extensively studied. Numerous archaeological field surveys (including both extensive and intensive survey modes) have been conducted since the 1960s, tracing long term site and settlement patterns in bounded regions (Alcock & Cherry 2004; Weiberg et al 2015). The amount of data from archaeological surface survey now available is therefore sufficient for an in-depth examination of land use and the development of settlement systems in Peloponnesian landscapes over a long period of time. Environmental concerns have always been part of archaeological work in the area, but high-resolution analyses of environmental and climatic data from the southern part of the Greek mainland have increased during the last decade (Kontopoulos & Avramidis 2003; Unkel et al, 2013) and the Navarino Environmental Observatory research partnership (NEO) is continually generating more high-resolution palaeoenvironmental and palaeoclimatological studies, advancing the potential for more holistic understandings of the resilience of Mediterranean societies (Finné et al., 2011, 2014; Weiberg et al., 2015).

The cultural history of the peninsula comprises a wide and well-documented spectrum of early farming communities, palatial economies and city-states, which makes the study area well suited to answering the main question: How do different sociocultural structures and economies manage and transform their environments into liveable landscapes? In specific terms, this question will lead to evaluations of the variety of ways in how different societies deal with environmental and climatic change. Analyses will be performed on the basis of the following datasets:

I) Published archaeological data derived from field surveys, topographic work and excavation projects will be used in order to analyse the development of settlement systems and evaluate economic use within regions and in comparison between regions.

II) The historical textual record of the Late Bronze Age and historical periods provides important evidence for agricultural investment and production as well as resource management in the Peloponnese as a whole.

III) Natural science perspectives will directed towards a) summarizing past and ongoing research on climate (speleothemes, geochemical proxies) and environment (sediment analyses), and b) to find suitable sites in key areas of the transect zone for retrieving new sediment cores and/or speleothems to complement present archives.

As a multidisciplinary project, it designed to include key prerequisites for higher resolution comparative analyses on human-environment interaction and its impact on socio-economic dynamics. These prerequisites include 1) a multidisciplinary group with a 2) common research agenda including shared research questions, 3) close geographical and chronological control of the different data sets, and 4) joint initiatives for the dissemination of the results.

The research group consist of three principal participants, including one prehistoric archaeologist (Erika Weiberg), one ancient historian and classical archaeologist (Anton Bonnier), and one specialists on past climate and environments (Martin Finné). Karin Holmgren (Stockholm University) participates as consultant on palaeoclimate, and the model component is headed by Jed Kaplan (The ARVE Group, University of Lausanne, Switzerland).

A common research agenda is formed by a theoretical framework building on historical ecology (Crumley 1994; Balée 2006; Meyer & Crumley 2011). As highlighted by the project title, we will pursue the interpretative potential of the concept of a “domestication of landscape” (Erickson 2006), in order to form more comprehensive and cognitively informed narratives of the continuous human concern for and involvement with their environments – stressing human creativity as an essential tool in human-environment interactions and for their sustainability over time.

The observational data we will collect in this project, from archaeological and textual sources, and paleoenvironmental archives, are by their very nature limited in their spatial and temporal coverage. To synthesize these observations and produce a spatially and temporally coherent picture of the evolution of landscapes across the Peloponnese, we will employ two linked, computer-based analytical tools in the project. GIS will be used to collate and visualize the cultural and environmental observational data collected in the project, superimposed on baseline environmental information, which include topography, climate, soils, and surface hydrology. The GIS thus offers an important project platform for integrating different sources and classes of evidence as part of the interpretation of socio-economic developments and human-environment dialectics.

The project will further employ land cover modelling and computer based simulations of human-environment interactions. The main tool for simulating land cover change will be the LPJ-LMfire vegetation model (i.e. Lund-Potsdam-Jena–Lausanne-Mainz fire: Pfeiffer, Spessa & Kaplan 2013), coupled to a new quantitative, self-optimizing model of anthropogenic land use based on KK10 (Kaplan et al. 2011; 2009; 2012) and currently under development by J. Kaplan as part of his ERC grant COEVOLVE. This model uses a priori information about human subsistence lifestyle, combined with vegetation and crop productivity simulated by LPJ and soil maps to quantify land use intensity and spatial patterns.

In order to live up to the aim of multidisciplinary integration, we focus on actively co-authored contributions, disseminated to meet as many as possible of potential interests such as within the historical ecological framework, resilience based research, urban studies, environmental studies, history and archaeology. We foresee contributions with various geographical, chronological and thematic scales, detailing theoretical and methodological issues, as well as both long-term and short term perspectives.

The project contributes to a new scientifically based understanding of processes behind past cultural and environmental changes. The links between these are of regional and global importance for accurate projections of future social-environmental-climate conditions and interactions. New analytical and quantification techniques, statistical applications, and hypothesis testing are needed to understand causes and effects and to realistically link climate and environmental changes to the development and demise of ancient societies. Development of such innovative, interdisciplinary and uncertainty-accounting investigation approaches forms the basis of our research.