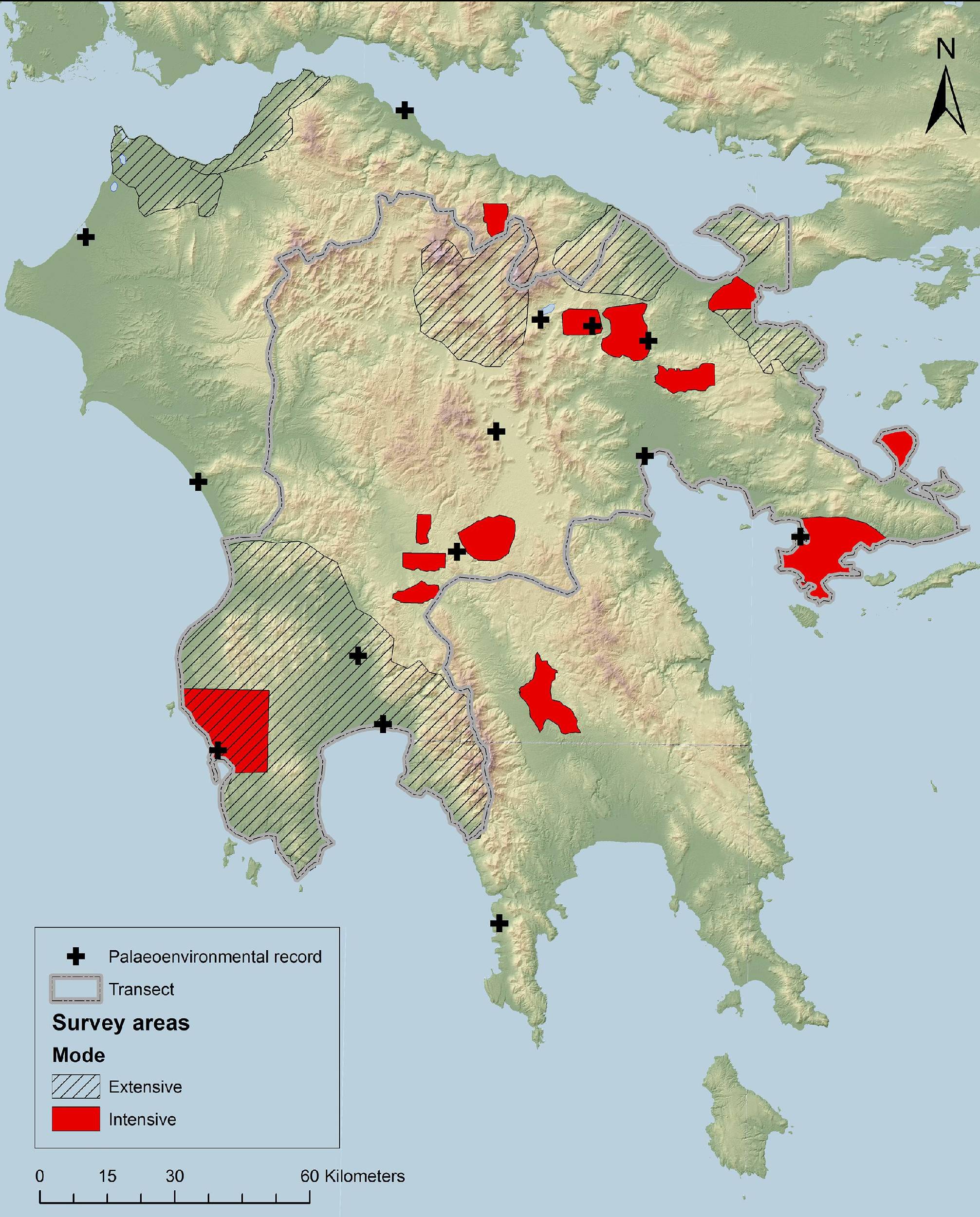 The Peloponnesian peninsula extends over a surface of 21 400 km2 (slightly smaller than Sicily or Sardinia) with a topography that varies greatly over short distances. Large areas of the peninsula are high-altitude and mountainous and only narrow and elongated areas of lowland exist, mainly along the 1000 km long coastline. Today, the population is relatively equally distributed avross the peninsula, with slight emphasis on the northern and north-western regions. In contrast, these regions are the least well-known from an historical and prehistorical perspective.