The “profanity” of Greek sanctuaries? Defining the temenos as a space for divine-human interaction 600 BC-200 AD 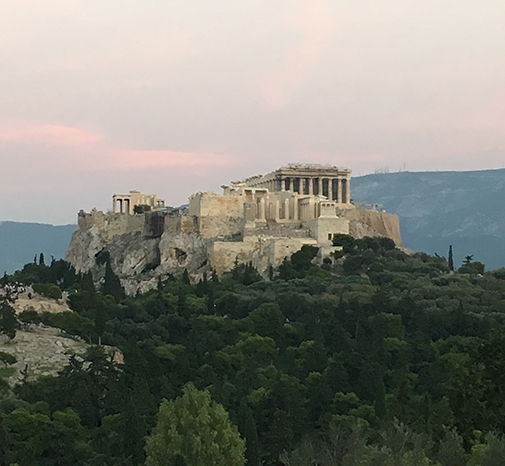 The main objective of the project is a critical and comprehensive investigation of the perception of ancient Greek sanctuary space, focused on concept temenos, “that which has been cut off” (from the verb temnein, “to cut”), a space reserved for the gods where their worship took place. Use and access to a temenos was circumscribed by particular rules, and a boundary was set to protect the purity of the precinct. The gods were the owners of their sanctuaries, but humans served as the guardians and administrators of divine property.

Mortal visitors frequented this space just as intensively as the god were thought to do, though in a different manner and for different reasons. Still, even if the temenos functioned as a space for communication with the divine world, the interaction between immortals and mortals was not without friction. Ancient sources show that human access to, and presence in, sanctuaries could cause pollution and damage, and therefore had to be regulated. Especially birth, death, and sex were banned. Even if the gods themselves could not be polluted, their sanctuaries could, and the ancient Greek view makes clear that it was the duty of mortal caretakers to assure purity and proper upkeep of the precinct, and to prevent human transgressions.

The project will explore the concept temenos in its widest meaning, both as a physical entity and a conceptual construction or notion in ancient Greek culture, from 600 BC to 200 AD. An in-depth knowledge of how temenos was used and perceived contributes to our understanding of the intricate relation between gods and humans in Greek antiquity, but also of what the Greeks considered as sacred and as profane. How did the fact that Greek sanctuaries were set apart for gods, but visited and cared for by humans, influence how they were perceived, planned, built upon and used? Whose perspectives and needs dominated, the divine or the human?

As a theoretical framework, the project conceives of space as consistently constructed and produced, resulting in different kinds of space depending on the actors and actions involved. The emic Greek view of the sacred is applied, which perceives the sacred as both given by the gods and as constructed by humans, and thereby highlighting the agency of gods as well as of humans in producing space and defining the sacred and the profane. The empirical basis of the project is a comprehensive study of all relevant ancient evidence (texts, inscriptions, archaeological remains and images), since different sources provide different reflections of the past.

Ancient Greek sanctuaries have been explored by scholars for more than a century and a half, but mainly from the position of divine presence, stone temples and monuments as well as ritual actions. A holistic approach to what constitutes a temenos is still lacking, in particular from a human perspective.

To fill this gap, this project proceeds in three steps:

1) Temenos as a constructed, demarcated space. The first step is a systematic analysis of the term temenos in texts and inscriptions to map its relation to other terms for demarcations and space in order to define its use and meaning. The study of the written sources is combined with an examination of the archaeological evidence for temene to explore the physical expression of the demarcation of space. This establishes the perception of temenos as a delimited space physical and cognitive entity in Greek mentality, and how its boundaries were upheld.