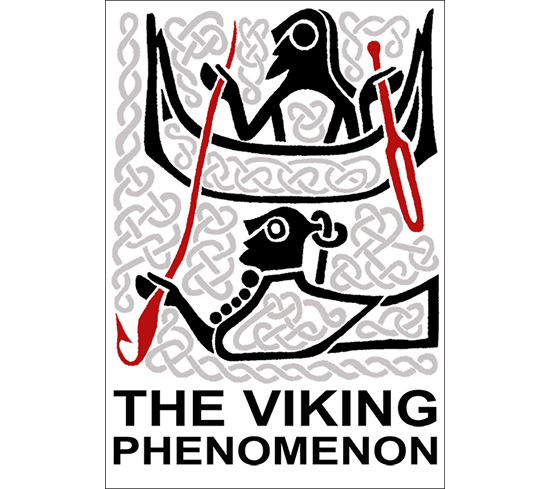 In December 2015, the Swedish Research Council made an unprecedented investment in early medieval scholarship, funding a major programme of research at the University of Uppsala to establish a new centre of excellence for the study of the Viking Age. The award appoints me to a Distinguished Professorship (Rådsprofessor) in pure research for a period of ten years. In addition to the position, the award brings with it a supporting budget of fifty million kronor (approx. $6 million USD).

The Viking Age (c.750-1050 CE) has long been a touchstone of identity in the Nordic countries, not least in Sweden where the primary project focus lies. While the Vikings enjoy a popular recognition common to few other ancient cultures, their history has been reinvented, used and abused to suit the needs of successive generations, in a process that continues today.

Much of the recent research into the Vikings and their time has focussed on the complex process of state formation and Christian conversion that eventually gave rise to the modern Scandinavian nations. Far less attention has been devoted to the very beginnings of this trajectory: who really were the Viking raiders in a specific sense, why did they do what they do, what kind of societies produced them, and why did they start to expand so violently into the world at precisely this time? The answers to these questions concern the very origins of the Viking phenomenon. They are of crucial interest for understanding what made Sweden what it is today, and the sometimes problematic ways in which this knowledge of the past is received in contemporary society.

Under my direction, the ten-year programme will explore these issues with a core research group based at Uppsala University (Dr John Ljungkvist) and the Swedish History Museum (Dr Charlotte Hedenstierna-Jonson), working in close collaboration with a team from Tallinn and Tartu universities in Estonia. During the lifetime of the project we will be joined by a number of postdoctoral researchers, together with a large team of international scholars, each making targeted contributions to their areas of expertise.

The project is designed as an umbrella programme that shelters several sub-strands of research. The key focus of attention will be on the critical century from 750 to 850 CE and the decades either side, embracing the early Viking Age and its foundations.

At the heart of the project is one of Sweden's greatest archaeological treasures, the largest cemetery of ship burials ever found, the classic site of Valsgärde in Uppland. For more than 400 years, each generation interred its prominent people of both sexes here in magnificent boat graves and cremations, filled with objects and animals. Excavated from the 1920s to the 1950s, together with the nearby sites of Gamla Uppsala, Vendel and Ultuna they tell the story of Sweden and its growth from the heart of the Mälar Valley. However, the very richness and complexity of the Valsgärde graves has meant that they have never been fully researched and published. The definitive analysis of the cemetery and the society behind the burials is one of our main priorities. As a crucial counterpart to this work on an old find, is the exploration of a new one: the extraordinary and exactly contemporary remains of a central Swedish raiding party, buried in two ships on the Estonian seashore where they came to grief at the very start of the Viking Age. These excavations, undertaken at Salme on Saaremaa in 2008-12, mark the most significant Viking discovery of the last hundred years, and their analysis and publication is also incorporated in this project. Combining Valsgärde and Salme, we have the unique opportunity to reveal the world of the first Vikings, at 'home' and 'away', in a project of a kind never before attempted.

Underpinning these early Scandinavian enterprises was what we have chosen to call 'Viking economics', in the exact sense of the term (as distinct from the more general economic systems of the Viking Age) - the complex networks that motivated the early raiders and sustained their continued existence. Among the key issues to be explored here are the complex and multicultural roots of Scandinavian identity; the roles played by both women and men in Viking culture; the prominence of slavery in Viking life; the existence of unique pirate polities, living outside the communities of the Scandinavian homelands; and the importance of the Vikings' non-Christian beliefs in their encounters with a wider world. International, cross-cultural comparative studies will add a further dimension to these investigations.

The Vikings are still today the most visible signal of Scandinavian heritage, and this research programme will be deeply embedded with contemporary concerns, ensuring the exploration of this long-lasting legacy for the widest possible public. The project award has already received wide international coverage in print and online media. Outputs will include workshops, conferences and lectures; numerous publications including synthetic works, the cemetery reports from Valsgärde and Salme, and peer-review journal papers on Open Access; public outreach initiatives and an extensive online presence. A full web presence for the project will be launched in 2017.