War of the Worlds: the Present Past on the Island Battlefields of the Pacific, 1941-45 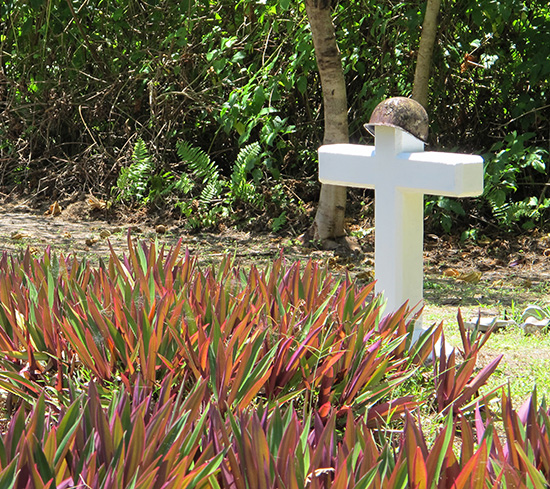 This project is co-directed with Dr Rick Knecht at the University of Aberdeen, with origins in our previous and ongoing fieldwork on the 1944 Battle of Peleliu in the Republic of Palau, Micronesia. The Second World War was arguably the most traumatic complex event in human history, with troubled legacies that in the Pacific include today's unresolved tensions between Japan, China, Korea and other former combatant nations. The island battlefields of the region formed a zone of cultural interaction and conflict for all the peoples of the Pacific and many from outside. Both directly and thematically, causal links can be traced back from the War to the colonial contact period, and literally underlying the wartime landscapes (but often overlooked) are the earlier settlements and sacred sites of the indigenous islanders.

The properly contextualised study of the conflict therefore involves a chronological range and complexity that extends from the 1500s to today. The War of the Worlds project has a dual base in Uppsala and Aberdeen, and will soon expand to Liverpool, with research planned in Palau, the Marianas, the Solomons, Vanuatu, Papua New Guinea, Hawaii and elsewhere in the Pacific. It includes a strong participatory involvement of researchers from the region, particularly with Pacific Islanders and traditional knowledge bearers. Themes of death and memory naturally take centre stage, and the project focuses on the preservation of the battlefields as places of reflection and commemoration. Archaeology has an innovative role here as a medium of reconciliation, linked to the realities of ethically-sound eco-tourism and its potential for lifting marginal economies. Three seasons of fieldwork have been conducted so far on Peleliu in 2010, 2014 and 2015 with funding from the US National Park Service (American Battlefield Protection Program).