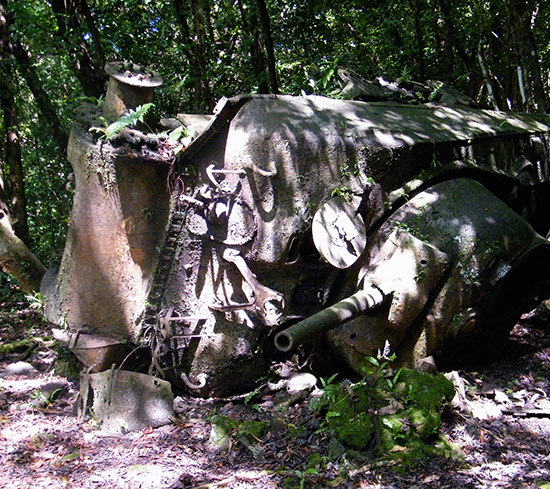 War, conflict and force tragically combine to make up one of the most far-reaching and constant sources of social power in human (pre)history. As such, they are uniquely variable in cross-cultural and diachronic perspective, but also readily accessible across wide spectra of data sets that take many different forms. In keeping with the nature of our Department and its numerous specialist areas, a core mission of this research cluster is naturally the incorporation of material and textual sources in cross-fertilisation, and an emphasis on a joint-campus perspective in Uppsala and Visby.

In addition to explicitly military studies of ancient warfare, we consider technologies of violence, fortifications and defensive structures - the latter ranging from modern coastal defences to Iron Age hillforts, Migration Period sites, and the walled citadels of the Mycenaeans and the Trojan War. Civilian victims of war, archaeologies of internment camps (such those used against the Mau Mau of Kenya), and conflict's impact on non-combatants is also an area of key interest. Slavery and its analogues form a major component of the cluster, including the exploration of slave soldiers, sexual slavery, generational slavery, manumission and the lives of former slaves; our examples here come from all across the Ancient World, Africa and also more localised historical contexts such as Viking-Age Scandinavia. Forced migration is another theme of especially topical interest, embracing projects that range from population movements in Ancient Egypt to the legends surrounding the enigmatic Torsburgen enclosure on Gotland. We are also interested in contemporary archaeologies of war and conflict, including the Pacific battlescapes of World War II and the monuments of the Cold War.

Binding these themes together is a concern for the mentalities, rituals and cognitive aspects of aggression and conflict, and the consequent social stresses affecting both 'soldier' and 'civilian' alike (aware that these distinctions are highly fluid). As part of this, our research cluster also considers the aftermaths of conflict, often ambiguous and hard to delineate, but visible in the archaeology of war graves, the commemoration and memorialisation of the fallen, the many material mediations of the 'returning soldier', and the psychological impacts on survivors as reflected in material culture. In Plato's words, "Only the dead have seen the end of war".

With a close link to several of the Department's major research projects, including the ten-year Viking Phenomenon programme from Vetenskapsrådet, many of our publication outputs each year fall within the remit of the cluster. In addition we are planning both stand-alone workshops and seminars, and also project-based meetings that link to the research group. Alongside targeted conference sessions, we are also planning for collective position papers  (for example on the archaeologies of slavery) in peer-reviewed journals, public outreach events and potentially new Masters courses on war, conflict and force.