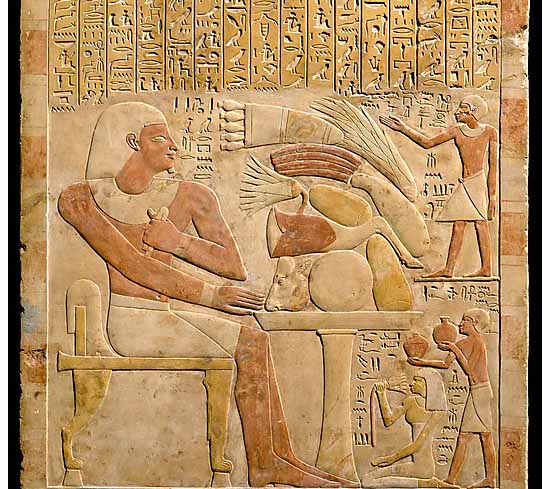 The course is part of Egyptology A (30 hp) and provides basic knowledge of the area's prehistory and Pharaonic history. It is part of the BA program, but may also be studied separately.

This course is designed to provide an overview of the various types of textual material surviving from ancient Egypt as well as to give you a foretaste of what Egyptian was like as a language.

Over the course you will form an understanding of the relationship of Egyptian with other languages and become familiar with the various scripts used to write the language, including hieroglyphs and the so-called hieratic writing. After this general introduction you will overtake a general survey of ancient Egyptian written sources from the Old Kingdom Pyramid Age ca. 2300 BC to Coptic Christian times of the early mediaeval period. Here you will become familiar with the various textual genres such as literature, love poetry, and commemorative texts, as well as read through a selection of the most important exemplars thereof. You will be provided with dossiers containing translations of selected texts from each of the periods covered, which you are expected to read at home. The texts will then be discussed in class, with the aim of developing skills in textual interpretation and in using texts for writing history, to understand the Egyptian religion, and to reconstruct the ancient culture in other ways.

Towards the end of the course you will also take some preliminary steps in looking at the classical stage of the Egyptian language from a more scientific perspective. You will then learn about some of the basics on how to deal with ancient Egyptian grammar that will be essential in understanding how this long dead language really worked.