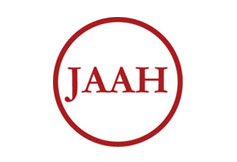 In the Wake of a Viking Ship Tragedy. An Archaeologist’s Challenge to a Cold War Cover-up

Fig. 1 Sten Schröder preparing to launch the Ormen Friske at Stensund for its second season.
Photo taken by Sam Svensson 1950, courtesy of the Maritime Museum, Stockholm

Fig. 2 The crew of the Ormen Friske man the rails on arrival at Ystad, dressed in blue gang-
plank outfits. Photo 1950, courtesy of the Ystad Yacht Club.

Fig. 3 The Ormen Friske capsized off Heligoland. The tidal streams carried the bodies and
wreckage to the Frisian coast. The stern was salvaged on Pellworm and a memorial erected
there later. Map by the author.

Fig. 4 Memorial at the Alte Kirche on the island of Pellworm. The author lays flowers 60 years
after the accident. Photo: Helena Lindstedt 2010.

Fig. 5 The ‘Dragon tail’ from the Ormen Friske, on exhibition in the Maritime Museum in Hu-
sum, Germany. The sign says ‘Original wreckage’. Photo: author 2010.

Fig. 6 A watch kept as a memento by a niece of one of the dead crew. Photo 2003, courtesy
of Annika Mattus-Tufvesson.

Fig. 7 Åke Nilsson’s brother died on the Ormen Friske. Åke Nilsson, a pharmacist, was one of
the relatives engaged in finding out more about the accident. The bottle ship was a 1950 gift
from the harbour captain of Husum, Germany. Photo 2002, courtesy of Åke Nilsson.