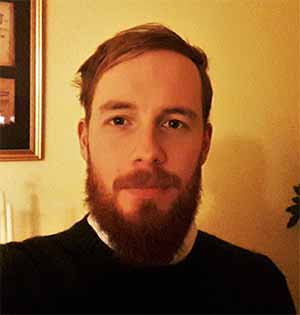 My PhD project (2019-2023) concerns the trajectory of the various concepts of fortification which emerged and evolved in selected regions of Scandinavia during a relatively brief period of time (c. 400-700 AD). An approach that views these different forms of fortifications as expressions of pragmatic martial strategy, as well as materializations of aristocratic ideals intimately linked to contemporary ethics of violence, is adopted.

The various expressions of fortification of the period ranged from ordinary farmsteads enclosed by a wooden palisade to elevated places of specialised craft and production encircled by monumental drystone walls several meters high, often re-enforced with elaborate entrance constructions. The rich material culture preserved from a number of these sites suggests a presence of the entire social strata: from slaves to members of a weapon-carrying elite. The morphology, layout and setting of the walls, of which several have been burned down and rebuilt on numerous occasions, clearly indicate their active role in the martial strategy of the time. However, questions concerning external and internal processes in regard of the origin, use and abandonment of this rather short-lived phenomenon, still need to be addressed.

The past 30 years of research on hillforts of prehistoric Sweden has, with few exceptions, neglected or expressly dismissed the role of conflict as a way of understanding these remains. In part, this attitude could be viewed through the notion of “the pacified past”, i.e. the up until recently widespread tendency amongst archaeologists to anachronistically downplay violence as a significant part of prehistoric life. In addition, important material produced by early 20th century excavations of several key sites are yet to be analysed and made accessible to a broader research community. As a result, past research initiatives have failed to come up with satisfactory explanations of the role of this architectural tradition in an immensely transformative period of Scandinavian prehistory.

By compiling well-researched sites on a national scale, complemented by processing older previously unanalysed excavation data, questions concerning architectural design, intra-site layout, dating sequences, as well as activities relating to economic, martial and religious aspects of the sites, will be addressed. In addition, a GIS-based analysis of selected sites in relation to landscape setting, communication routes and contemporary features such as ordinary settlements and graves, will be implemented. The starting point of the analysis will be the point of contact between aristocratic perceptions and display of martial ideals in representational milieus, contra the realpolitik practises of violence as means of politics. This will be explored through the analytical framework of Just War Theory, a field hitherto mainly used within Political Sciences and Ethics, but which potentially has a great deal to offer to archaeological research.