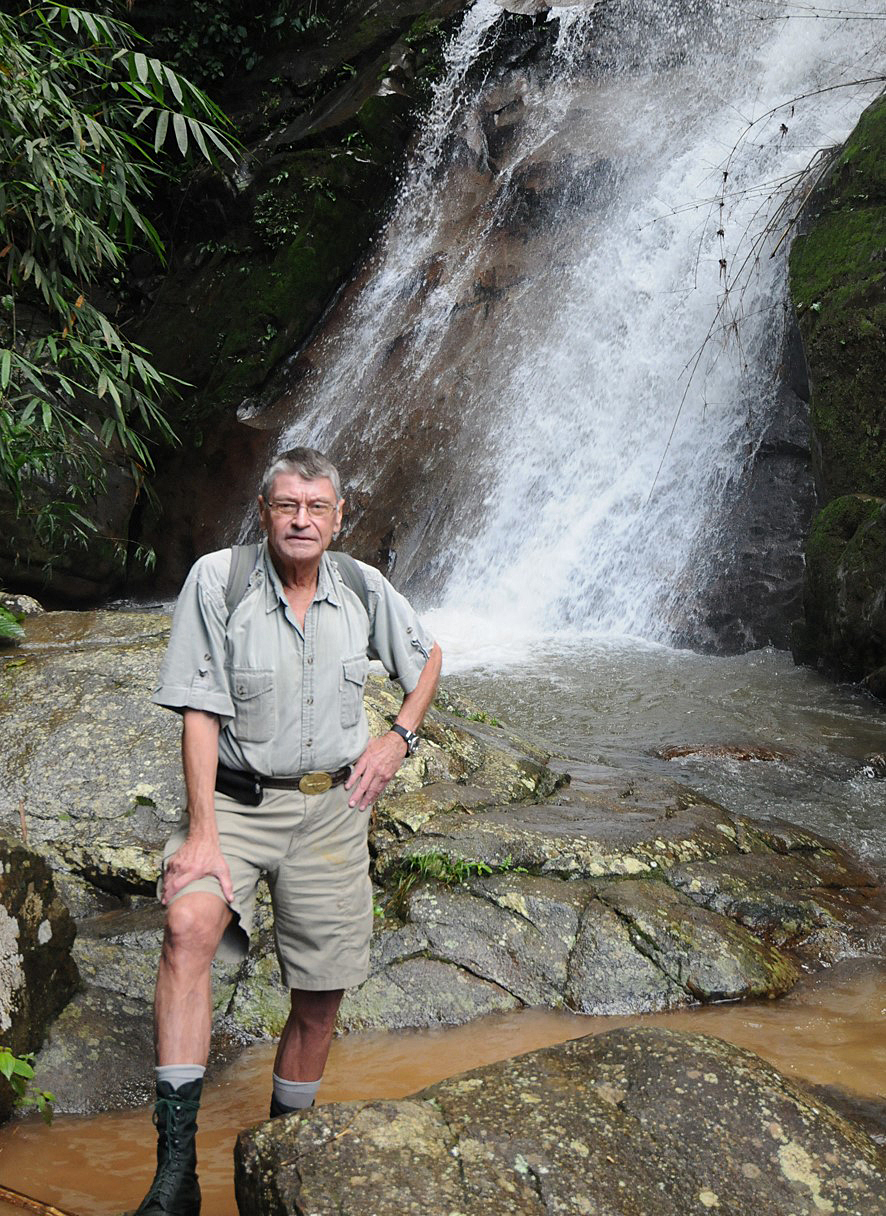 I was born in the city of Malmoe in Sweden 1942. After high-school studies I worked as a professional photographer for several years, and I also had my own studio in Malmoe before I started my academic studies at Lund University. I became Ph. D. in 1980 and Professor of Archaeology at Stockholm University in 1999, and moved to Gotland University in 2003. I am since 2013 Professor Emeritus at Uppsala University Campus Gotland.

Although my doctoral thesis concerned the Bronze Age rock-art in Sweden, my research have since been concentrated on Stone Age Societies world-wide. The well-preserved pitted-ware burial ground Ajvide on the island of Gotland in the Baltic, from c. 2800 – 2300 BC, was for many years a field archaeological education site for my students from both Stockholm and Gotland Universities from 1983 and onwards. The inter-disciplinary Remote Sensing project aimed at developing digital techniques in archaeology for both mapping, documentation, registration, analyses and presentation. I have at Gotland University been internationally active in CAA, Computer Applications in Archaeology.

A series of excavations of megalithic tombs in Sweden I made from 1971 and onwards led to the possibility to start the Carrowmore Project in Ireland 1977, with two excavation campaigns, 1977-1982 and 1994-1998. A series of post-excavation analyses are still carried out, not least regarding a-DNA on the human remains. The unexpected very early dates from several of the excavated tombs, c. 4000 BC, led to a rethinking of the economy and the social organization of the tomb builders and the start of my ethnoarchaeological and ethnohistorical studies 1983-2000 in a series of indigenous societies in the Pacific, still having surviving megalithic traditions. The focus was on remote islands in several countries in Melanesia, above all Vanuatu, Solomon Islands and Papua New Guinea.

My ethnoarchaeological expeditions also resulted in a long series of popular-scientific books and TV-productions. Four of these books formed the base for a series of TV-documentaries, which I produced and filmed between 1985 and 1994, and which were broadcasted in Sweden and world-wide: Images of the Past (6 hours), In the Wake of James Cook (3 hours), Islands of Love (1 hour), and Stone Men (1 hour). There are direct links to the Swedish versions of my films on my homepage.

Currently, I am working with lifestyle questions regarding health and food from an evolutionary perspective, based on evolutionary medicine studies in indigenous societies world-wide, and on archaeological, anthropological and historical evidence. My five latest books, 2002-2019, highlights various aspects on the conflict between traditional and modern ways of life and modern diseases.

The megalithic traditions still dominated the ritual and social life in several indigenous cultures in remote islands of Melanesia during my ethnoarchaeological research expeditions in the 1980’s. One of those was the satellite island Vao on the North-East coast of Malekula in Vanuatu. The activities on the megalithic dancing ground and sacrificial place Tolamp-Togh-vanu was one of the ritual places I studied from 1985 and onwards. The slit-drums in front of the tombs under the banyan tree are named after ancestors and when they sound, it’s their spirits who talk. Mask dances are common, as here in Lamap, Malekula, filmed in 1990.

On the Trobriand Islands, Papua New Guinea, a megalithic tradition once dominated the social and ritual life on the islands, and our excavations of graves and settlements in 1999 revealed that this tradition was flowering AD 950-1250. The megalithic tradition ended abruptedly between AD 1250 and 1450, and a complete change in the Trobriand culture was documented. This may be explained by a migration, possibly from Polynesia, and forthcoming a-DNA analyses on our excavated materials will most likely solve this question. All burials after this cultural change are placed in caves. One of the well preserved megalithic sites is this from Otuyam on Kiriwina Island, photographed 1985.

A good example of a cave burial is this from Labai Cave, where the buried as a grave gift has got a large pot, used for ritual cooking at various ceremonies, which I photographed in 1985.

The young men’s dance is a pole-dance, with strong fertility contents, filmed in Mwatawa Village, 1987.