My main research focus is about understanding past climate and environmental 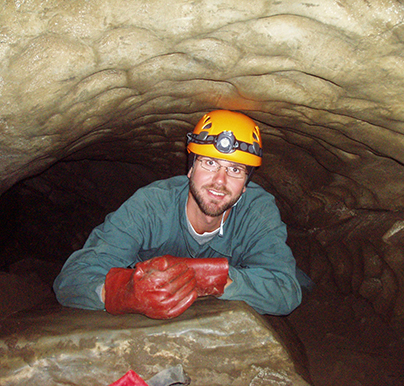 variability in the eastern Mediterranean region in general and the Peloponnese, Greece in particular. I am mainly working with the current interglacial period, the Holocene, i.e. the last ~11 000 years. I have mainly work with providing new data about how the climate has varied in the past but I am also interested in asking broader questions about how climate variability and change has affected human societies and the environment they are living in through history of mankind.

I have a PhD in Physical geography from the Department of Physical Geography, Stockholm University. I defended my thesis Climate in the eastern Mediterranean during the Holocene and beyond – A Peloponnesian perspective in 2014. Since November 2015 I work as a researcher within the research project Domesticated Landscapes of the Peloponnese (DoLP) at the Department of Archaeology and Ancient History, Uppsala University. The DoLP project geographically covers a NE-SW transect over the Peloponnese and in time we cover the period from the Neolithic to the Roman period, roughly 7000 years. Within the project I mainly work with available paleoclimate and paleoenvironmental records and with providing new data for areas of the Peloponnese that currently is not covered. Read more about DoLP

To understand how the climate has varied in the past I mainly work with speleothems from caves. Speleothems form slowly in their sheltered environment and can at the same time record information about the surrounding environment within and outside the cave. There is a vast number of different speleothems, such as stalactites, stalagmites, straws, curtains etc., but I mainly work with stalagmites, i.e. speleothems that grow from the floor toward the ceiling.

To know when the speleothems have formed I date then using uranium-thorium dating. The method is essentially a radioactive stop-watch that starts counting upon deposition of a layer in the speleothem. The counting is then the radioactive decay of uranium into it daughter thorium which occurs at a known rate. A prerequisite for the method is the fact that uranium is soluble in water and thorium is not. This means that there will be small amounts of uranium in the drip water entering the cave but no thorium, and that uranium can get incorporated into the growing speleothem. The uranium then decays into to thorium. To date the speleothem small samples are collected at a number of levels in the speleothem and then the amount of uranium and thorium is measured using a high-precision instrument, and thus time elapsed since deposition can be calculated.

Currently I am working with speleothems from a cave located in SW Peloponnese. I am also trying to understand what the changes we see in the stable isotopes in the speleothems from the Peloponnese more exactly means in terms of precipitation change e.g. amount and season for rainfall. The overall aim of this research is to try and move from the relative measures we have today (today we can say it was wetter and drier) to more absolute measures of precipitation change. This is an important to be able to better understand how climate change affected people in the past. By knowing more about climate change I think we have better chances of studying and understanding the human decisions that are behind the societal change we can discern in e.g. archaeological material.