I am an archaeologist with the prehistoric 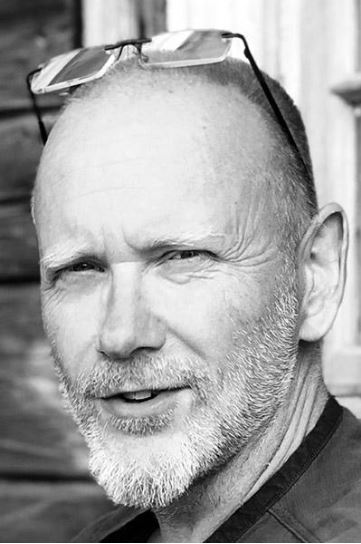 Aegean as main area of expertise. My research revolves around state formation processes, political geography, burial customs and ceramic analysis. I am director of PhD studies and teach BA and MA courses on material culture, the prehistoric Aegean, and thesis writing.

A Prehistorian by Accident

My research career started on the Greek island Aegina in the Saronic Gulf in 1996. Through participation for several consecutive seasons in the Austrian excavation of the prehistoric settlement at Kolonna, I familiarized myself with the archaeological remains of the Greek Bronze Age. This encounter has shaped my later work to a large extent. By gaining access to archaeological material from this and other settlements in the central Aegean area, I authored three articles and successfully defended a PhD monograph entitled Marks and Makers: Appearance, Distribution and Function of Middle and Late Helladic Manufacturers’ Marks on Aeginetan Pottery. The published thesis demonstrated that small, inconspicuous signs incised on ceramic vessels before firing was a persistent habit employed by potters on Aegina to separate their products during collective firing for nine centuries. The change in appearance of mark types can be used for relative dating and their quantities say something about the number and organization of households or workshops involved in the manufacture four millennia ago.

In the summer of 1999, I participated in a survey of the prehistoric settlement on the hillock called Mastos in the Berbati valley, east of Mycenae in the northeast Peloponnese. Our aim was to understand better the relationship between occupation on the hill and in the surrounding valley, and to bridge the gap in the primary sources revealed by previous surveys and excavations. We used the opportunity to develop new documentation strategies through a geographic information system (GIS), mandatory today but innovative at the time. Together with a colleague, I edited the book presenting the results and wrote two of the constituent papers

After my doctoral studies, I initiated a collaboration with two American geologists on trade routes in the Greek Bronze Age. Since pottery is by far the most common category of finds in all excavations around the Mediterranean, this material often forms the backbone of reconstructions of contacts between different communities. An extensive mapping and electron microscope analysis of the local geology of Aegina, Methana, Melos and Santorini, combined with analysis of pottery found at Asine in the Peloponnese, allowed us to distinguish geologically very similar clay beds on the islands and to trace the ceramics from Asine to a specific production site on the island of Aegina. This work marked the beginning of an interdisciplinary research that I find very rewarding. For the past two decades, I have co-authored texts with various Swedish and international colleagues specialized in various disciplines/techniques of direct relevance for archaeology, such as neutron activation analysis (NAA), petrographic thin sections, osteology, isotope analysis for past diet, radiocarbon dating, and isotopic analysis of speleothems to reconstruct past climate. I am privileged with having worked with some of the best scholars within their respective fields and the work bridges disciplines, nationalities and organizational forms in a refreshing way.

I was asked by the American School of Classical Studies at Athens in 2002 if I was willing to undertake the publication of the early Mycenaean (c. 1650–1500 BCE) remains from Lerna in the northeast Peloponnese. Through funding from the Swedish Research Council (The Genesis of Mycenaean) and the Institute of Aegean Prehistory (The Shaft Graves and Pottery of Lerna VI), I worked intensively in Greece and Sweden in 2002–2005 with this project. It resulted in five articles on different subsets of the material but not (at this time) in a final publication in the form of a monograph in the Lerna series. Other offers presented themselves and this book had to be put on hold.

In 2005 I was once again asked by international colleagues to partake in a project. This time it was the UNESCO-sponsored project The Synchronization of Civilizations in the Eastern Mediterranean in the Second Millenium BC (SCIEM 2000) led by prof. Manfred Bietak. The ambitious undertaking consisted of 15 sub-projects with international colleagues from different disciplines that together sought to harmonize relative and absolute chronologies in the Aegean, Cyprus, Egypt, the Levant, and Mesopotamia, derived at through historical documents and scientific techniques (mainly radiocarbon dating and dendrochronology). It is difficult to overestimate the complexity of this overarching aim. Through funding from the Swedish Research Council (Kolonna on Egina), I worked on the local ceramic sequence at Kolonna on Aegina with the aim to offer enhanced dating tools in the central Aegean during the second millennium BCE. The work resulted in five articles related to the ceramic industry and living at Kolonna.

Venturing Outside the Comfort Zone

There usually comes a point for early or mid-career scholars when funding runs out and doubts set in. In an effort to overcome uncertainty, I have broadened my research profile and devoted more time to education and administrative duties in an attempt to demonstrate my versatility. Through my work in the project The Urban Mind, funded by MISTRA, I met two geographers from Stockholm University that specialized in past climate reconstructions. Not surprisingly, human-environment interaction and climate changes were increasing emphasized not only in daily discourse but also in models of societal change in the past. Together with Erika Weiberg, the four of us investigated caves in Greece with the ultimate aim to combine ancient textual sources, archaeology and scientific techniques to reach a better understanding of shifting environments on the Peloponnese in the remote past. Although I did not pursue this line of research for very long, it resulted in a high-impact article on past climate in the eastern Mediterranean.

During 2013 I was employed by the Swedish Institute at Athens to partake in an infrastructure project (Digital Repository and Database) funded by the Swedish Foundation for Humanities and Social Sciences. The project, still ongoing by now including also the Swedish institutes at Rome and Istanbul, brought together and made available documentation and categorized finds from old Swedish excavations in Greece. Since enormous quantities of finds are stored in the Asine Collection at Museum Gustavianum in Uppsala, this work has also benefitted Uppsala University considerably. Although the employment was geared towards facilitating future research, not to carry it out, the experience resulted in one article.

Firmly grounded in the archaeology of the Bronze Age Aegean, my initial research was primarily devoted to the Middle Bronze Age (c. 2100–1700 BCE) and especially the settlement at Kolonna on the island of Aegina. In the more recent past, I have extended this research interest to include both earlier and later periods across a wider span of the Greek mainland and tried to more clearly integrate aspects of economy, social organization and processes of political centralization. Together with Erika Weiberg, I authored an article in Hesperia on differences related to communal versus individual activities at Early Helladic IIB–III (c. 2400–2100 BCE) Lerna and Tiryns. A sensational chance find in the Asine collection in Uppsala of an Early Helladic IIB (c. 2600–2300 BCE) roller stamp allowed me and two colleagues to discuss social complexity and itinerant potters at work more than four millennia ago. Abstract societal structures are exemplified and made tangible by the doings of one or several potters probably living in a house excavated on the Third Terrace at Asine.

In 2015 I initiated the Malthi Archaeological Project together with an American colleague. During three intensive seasons, we surveyed, excavated and documented the Middle Helladic II–Late Helladic IIB (c. 1850–1400 BCE) fortified hilltop settlement of Mathi in northern Messenia. The fate of the settlement is intertwined with the incipient and eventually expanding Mycenaean kingdom centered on Pylos. The publication work is still ongoing, but has so far resulted in a few articles and three 3D models published online at Sketchfab.

Most recently, a sabbatical leave financed by the Swedish Foundation for Humanities and Social Sciences has (finally) allowed me to finish and submit for publication the early Mycenaean remains recovered at Lerna in the Argolid. It has been a long-time commitment. The lengthy study describes and discusses funerary and domestic Late Helladic I–II (c. 1650–1450 BCE) remains from the settlement. Most of the material derives from two shaft graves, similar to the ones excavated by Heinrich Schliemann at Mycenae so long ago. Located at the crossroads of several intersecting engagement orbits, pottery analysis expands the possibility of regional synchronization on the Greek mainland significantly. While the two shaft graves pose interpretative challenges and lack precious grave goods, their value lies elsewhere. Feasting debris in their fills suggests that several hundred persons attended the events. This observation balances the one-sided focus by scholars on the deceased and their grave offerings in other rich burials. The late Late Helladic I prerogative by kin groups at Mycenae to host elite or even royal funerals was contested at Lerna. This rivalry between competing kin groups possibly unleashed a violent reaction and even contributed to the demise of Lerna in Late Helladic IIA (ca. 1500 BCE).

Fortunately, there is always more to do as a researcher. I have both old commitments still waiting to be fulfilled and ideas for new research. If I can persuade other scholars to do this together with me or find funding for prospective PhD students, they are more than welcome to join me in this work. The final report of our work at the fortified hilltop settlement at Malthi is in preparation. It will add an important piece to the puzzle of the archaeology in northern Messenia. It is likely that the settlement was succeeded by another one located on the valley floor immediately to the west, a place possibly mentioned in the Linear B archive in the Palace of Nestor at Pylos. It would be extremely interesting to carry out a geophysical survey and test trenches in the area, but it is perhaps better left to a future PhD student.

Immediately at hands is also the publication of the remains from a small late Mycenaean (c. 1200–1150 BC) settlement within the later sanctuary of Poseidon at Kalaureia on the island of Poros. We excavated the remains already in 2010–2011 within a project (The Sea, the City and the God) financed by the Swedish Foundation for Humanities and Social Sciences. The occupation in the area ties in with an old debate on religious continuity or disruption at the Bronze to Iron Age transition. Was Poseidon worshipped here already during the Bronze Age?

A third study that has been neglected for too long will deal with the Middle Helladic II– Late Helladic I (c. 1850–1600 BCE) cemetery on the small hillock of Mastos in the Berbati Valley. The 26 graves were excavated long ago by Swedish scholars and it is our responsibility to do what colleagues failed to do in the past. A forth and more extensive study will deal with the ceramic sequence at Kolonna phases G–K. Much work done in collaboration with an Austrian colleague already in 2005–2008 needs to be made available for the scholarly community.

Future scholars are found in our classrooms. In the hope that they will eventually eclipse present ones (including myself), we offer various means to this end. Sweden is a small country and there are few incentives to publish in Swedish. Students are confined almost exclusively to English literature written by Anglo-Saxon scholars. This situation impoverishes research and slowly leads to the extinction of Swedish as a working language in Classical Archaeology and Ancient History. In relatively modest but earnest attempts to slow down this process, I have authored Swedish tutorials and online lessons and co-authored a book used as course literature at universities in Uppsala, Lund and Gothenburg.