I am interested in the Eastern Mediterranean and have the Bronze Age Aegean as a special area of competence, especially the Greek Mainland and the Cycladic islands.

My research revolves around ceramic analysis, including different aspects of production, distribution and consumption, as well as chronology and landscape archaeology. At present, I am involved in five projects which cover these topics:

The Shaft Graves in Lerna on the Peloponnese 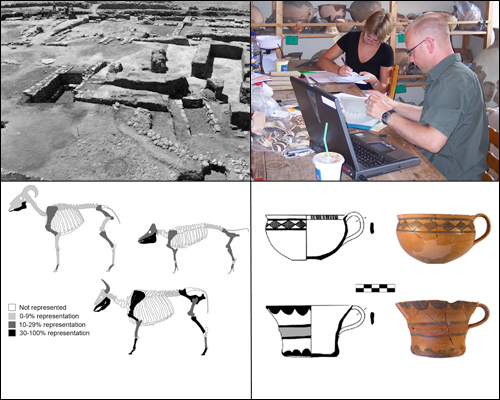 During the American excavations 1954-1955 of the Bronze Age settlement at Lerna, two shaft graves from the beginning of the Late Bronze Age were encountered. In the fills above the grave chambers were recovered roughly 1000 fragmentary vessels of Late Helladic I date (ca. 1700-1600 BC). Together with bones from a large number of animals, these are the remains of two large funerary meals. The project aims at publishing and interpreting the finds from the shaft graves as well as eight other graves of similar or slightly later date.

A Ceramic Sequence for Kolonna on Aegina 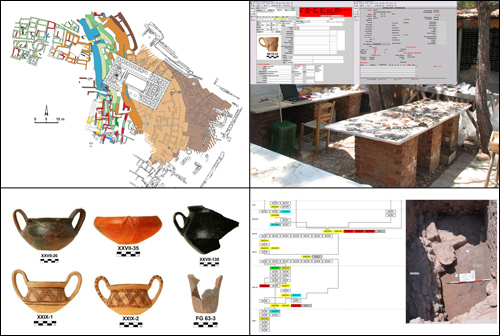 During the past decades, the Bronze Age settlement of Kolonna on the island of Aegina has emerged as an important source for our understanding of cultural contacts and social change in the Aegean area. Through a collaboration with the Institut für Klassische Archäologie at the Paris-Lodron University at Salzburg, and with financial support from The Swedish Research Council, I have been offered to participate in the excavation and publication of the Bronze Age remains. The projects aims at analyzing, order in a chronological sequence and publish the pottery from the newly finished excavations of Middle and early Late Helladic Kolonna (ca. 2100-1500 BC).

Mastos in the Berbati Valley 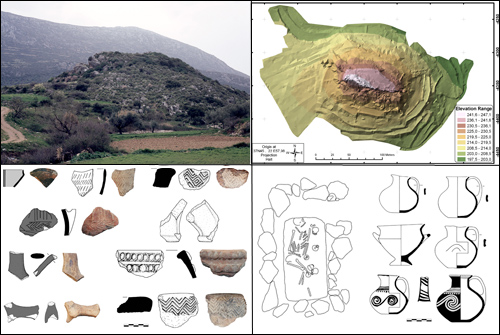 The small hillock of Mastos is located an hours walk east of Mycenae on the Peloponnese. The place was inhabited during the whole Bronze Age (ca. 3100-1200 BC) and has been systematically explored by Swedish archaeologists in three separate campaigns since the 1930's. Based on the finds from the old excavations and a 1999 survey, the project ains to publish the finds from the Early and Middle Helladic periods. While the results from the survey are published, work on the Middle Helladic settlement and graves continues. 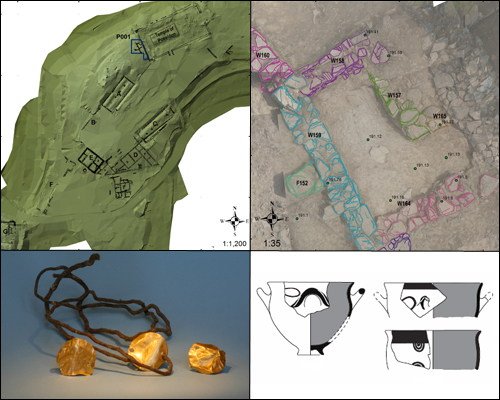 During Archaic and Classical times, a famous sanctuary of Poseidon was located on the island of Poros in the Saronic Gulf. The santuary is studied within the project The Sea, the City and the God, financed by Riksbankens Jubileumsfond. Within the sanctuary there are, however, also finds from the end of the Bronze Age and the early Iron Age, which raise questions about earlier activities in the area. Part of two houses from Late Helladic IIIC (ca. 1200-1100 BC) were exposed during excavations in 2010 and continued explorations are planned. The project aims at publishing the finds from the short-lived Bronze Age settlement. 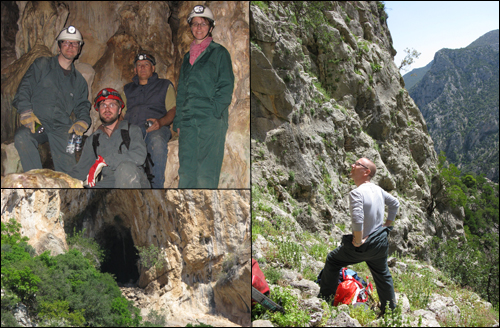 Accelerating climate changes are one of our biggest challenges today. Through analysis of drip stones (speleothemes) from caves on the Peloponnese, the project studies climate variability in southern Greece during the Neolithic and Bronze Age. The results will be used to correlate possible connections between climate, enviroment and human resilience. The project is a collaboration with Martin Finné and Karin Holmgren at the Department of Physical Geography and Quaternary Geology in Stockholm and Erika Weiberg at the Department of Archaeology and Ancient History in Uppsala.