My profound interest in crafts has led me 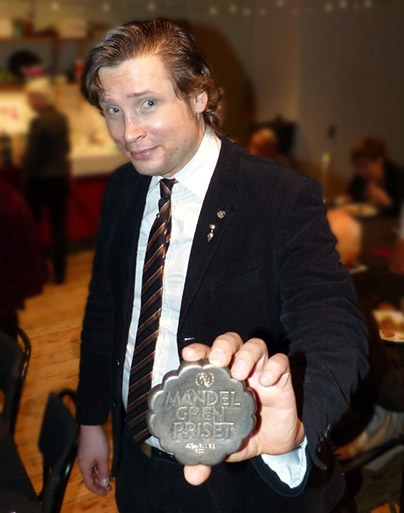 into an artefact-oriented line of research, including 3D laser scanning, database development and analytical drawing. Preliminary results are published continuously, and I participate in various research projects. In line with my general interests, my doctoral thesis deals with Viking Age women's brooches, with a focus on production patterns and typology, as well as the cognitive and religious meaning of the ornament covering these brooches: During the past 150 years, different generations of scholars have been approaching Scandinavian Animal Art with queries that were as multifaceted as the materials that they studied. The focal point of this study are Birka type brooches, which are best likened to interactive sculptures that change shape as the viewer changes perspec­tive. Sculptural brooches do not only breathe new life into traditional research questions, but raise new ones that steer us into uncharted waters. Here, we make field observations which fall outside the established paradigms of archaeology. Following the parable of the six blind men who tried to come to terms with the unknown phenome­non ‘elephant’, this study approaches the sculptural brooch phenomenon from different angles, by combining different methods which have been developed within separate research disciplines such as archaeology, art his­tory, cognitive science and philology. The methodological framework for my multi-method approach is informed GT, i.e. a variant of grounded theory which uses established theories to identify distinct patterns that previously went unnoticed. Contradictions that arise from the mix of methods are not seen as a hindrance, but as a generator for progress that gives rise to a new theory. By combining dynamic typology, Panofskyan hermeneu­tics and multimodal semiotics, my study on sculptural brooches uncovers hitherto unknown parallels between Animal Art and skaldic poetry in regards to context, cognition and imagery. As a result, one is inclined to look for a potential link between those distinct expressions of Viking Age culture. Did objects with Animal Art serve as points of reference for skaldic ekphrasis? Or was Animal Art a material anchor for the same conceptual blends that also transpired through skaldic poetry? The outcome is an empirically grounded theory which links the pictorial language of the smith to the verbal imagery of the skald, more precisely in the context of Old Norse íþrótt ideology.