My research is focused on the use and function of fresh water in the ancient world, in particular ancient Greece.  Currently I work as a Researcher at Uppsala University and Assistant Director of the Swedish Institute at Athens. 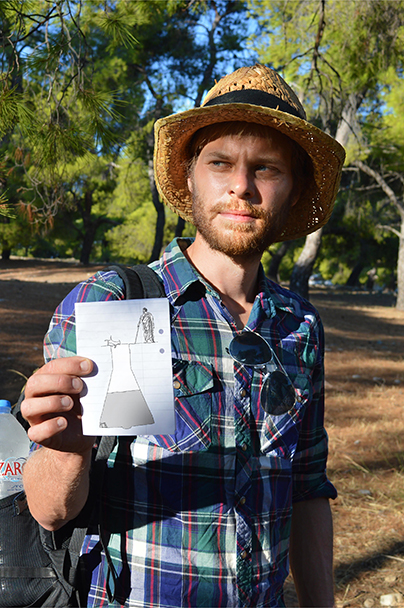 in the Greek world between 600–50 BC. As these water supply structures have had been discussed previously, the study included a thorough exploration of the empirical material as well as an analysis of use and function, including a risk driven perspective on why cisterns became common c. 400–100 BC. The study was awarded the Westinska priset the Kungl. Humanistiska Vetenskaps-Samfundet i Uppsala (Royal Humanist Research Society at Uppsala).

Currently I continue my work on the water supply in the Greco-Roman world. Excluding various standalone articles my research is primarily focused on two projects: exploring the water supply at ancient Hermione and the project Water at Greek sanctuaries – medium of divine presence or commodity for mortal visitors?

At Hermione (within the project Hermione: a model city? executed as a collaboration between the Ephorate of Antiquities of the Argolid and the Swedish Institute at Athens) located on the tip of the Argolis Peninsula of the Peloponnese I primary work with the exploration of the ancient city’s water supply, including locating unknown features, documenting the existing cisterns and the Roman aqueduct as well as trial excavations in order to interpret geophysical surveys more accurately.

The project Water at Greek sanctuaries – medium of divine presence or commodity for mortal visitors?  is run with Hedvig von Ehrenheim and Axel Frejman at Uppsala University. The project aims to explore the use of water, ritual and utilitarian, in ancient Greek sanctuaries during the Archaic to Hellenistic periods (700–31 BCE). The project explores three main aims: 1) How was water used in sanctuaries? Where was water accessible through natural and man-made infrastructure, for what activities was it utilized, and which of these can be considered ritual and/or utilitarian? 2) By which means was water utilized, i.e. how was water management infrastructure adapted to ritual and utilitarian needs, and how did the need and access to water shape ritual and utilitarian activity at the sanctuary? 3) How may the targeted study of water in sanctuaries alter our understanding of Greek cult and religion?