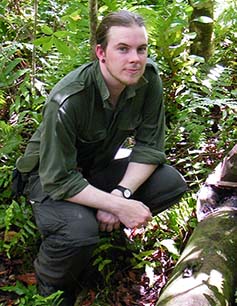 My archaeological career began at the University of Birmingham, where I studied for a BA(Hons) in archaeology between 2005 and 2008. I remained at Birmingham to study for an MPhil in archaeological practice, which I completed in 2010. During this time, I also worked for two commercial archaeology units, participating in excavations across the midlands and the south east of England. In November 2010 I enrolled at the University of Aberdeen to study for a PhD in Archaeology, and successfully defended my thesis in October 2013. While a PhD student I worked for several archaeological companies, and I also spent a month working on a battlefield survey in Oudenaarde, Belgium. Between February 2014 and December 2016 I was a postdoctoral research assistant at Simon Fraser University, Canada, and I spent two years living and working in Vancouver. While working at SFU I was also given the opportunity to design and teach an undergraduate course on the Vikings. In February 2017, I arrived in Uppsala in order to take up a research position within the Department of Archaeology and Ancient History. I am currently conducting research on the Viking slave trade as part of the Viking Phenomenon project, as well as pursuing a number of other studies that have developed from my PhD and postdoctoral research.

My primary research interests lie in the Viking Age, in particular the study of military organisation and conflict in various social, political, and religious contexts. As my career has developed I have found myself becoming increasingly fascinated by human thought and behavioural patterns as they manifested in the past, and how we might identify and study these through the use of archaeological and historical data. While at SFU I was lucky enough to work within the Human Evolutionary Studies Program, where the breadth of disciplines that I was able to draw upon (ranging from evolutionary anthropology, to psychology, sociology, and the cognitive science of religion) inspired me to develop an increasingly interdisciplinary approach to the archaeological record. This is something that I hope to continue building on in the future.

In addition to conducting my primary research on the Viking Age, since completing my PhD research I have sought to branch out into other areas of archaeology that have long been of personal interest. In 2014, I was given the opportunity to become part of the Peleliu Archaeological Survey, a project run jointly by the universities of Aberdeen and Uppsala, which seeks to document and study the archaeology of the 1944 Battle of Peleliu. I am also beginning to explore the archaeology of slavery in wider contexts, both ancient and more recent, as part of an attempt to better understand the global impact of slavery and its longer-term influence throughout human history.

Price, N. & Raffield, B. In Prep. The Vikings – under contract with Routledge.

Raffield, B., Hirasawa, Y. & Price, N., eds. In Prep. Multicultural Archaeologies of the Pacific War, 1941-45: Collaboration, Reconciliation, and Renewal – under contract with Routledge.

Raffield, B. In Press. ‘A reconsideration of the Danelaw, the Five Boroughs, and the Scandinavian settlement of England’ – article awaiting publication in Viking and Medieval Scandinavia.

Raffield, B. 2016. ‘Bands of brothers: a re-appraisal of the Viking Great Army and its implications for the Scandinavian colonization of England’, Early Medieval Europe, 24 (3), 308-37.

Raffield, B. 2014. ‘“A river of knives and swords”: ritually deposited weapons in English watercourses and wetlands during the Viking Age’, European Journal of Archaeology, 17 (4), 634-55.