I have started my professional career in 2012 as an Egyptologist at the Documentation Center (CEDAE) at the Egyptian Ministry of Antiquities (MoA). 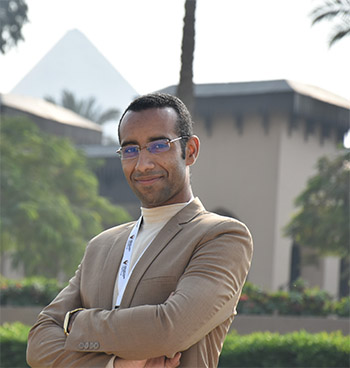 While I was working in CEDAE, the Graffiti of the Theban Mountain that were documented by Spielberg, Černý, and CEDAE attracted my scholarly attention. I wrote my MA first thesis on "The veneration scenes in the graffiti of the western mountain in Thebes”.

A short time after I finished my first MA., I have got a scholarship from the German Academic Exchange Service (DAAD) to study my second MA degree in Heritage Conservation and Site Management at Helwan University in Egypt and Brandenburg University of Technology in Germany.

From 2014-18 I worked as the Assistant Director of Foreign Missions’ Affairs and Permanent Committees department at the Ministry of Antiquities. My responsibilities included reviewing the missions’ work progress reports in the light of the MoA permission, as well as receiving proposals from the foreign and Egyptian missions and scholars, who plan to work in the archaeological field in Egypt, studying these proposals, and writing reports about them before submitting them to the Committee for decision.

In September 2018, I was appointed a Scientific Member at the Office of the Minister of Tourism and Antiquities in Egypt. The main task assigned to the Scientific Team is to prepare the interpretation plans for museums inaugurated recently or yet to be and write its catalogs. Besides editing the MoA releases, leaflets, newsletters, etc. Meanwhile, I served as the Coordinator of the Scientific Committee of the 12th ICE held in Egypt in 2019.